The Decoy That Could Fit In Your Backpack 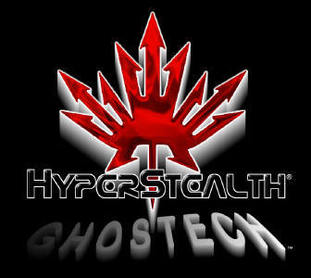 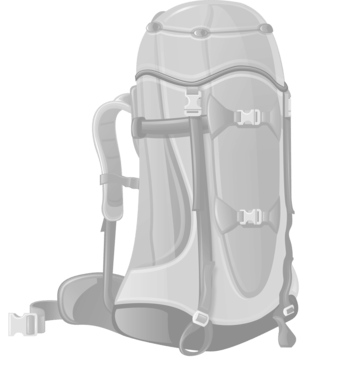 Imagine a military deceiving an opposing force with full scale decoys that could:

Ghostech can display images that are life-sized and appear to move around. The bigger the material, the bigger the decoy could be.

Be Detectable By Sensors

Not having to haul around huge decoys is something that will be appreciated by soldiers who need a quick decoy. Ghostech material is lightweight and can be made small enough to even fit in a backpack.

Fit In a Backpack

An image on Ghostech material could be detected by optical sensors and considered real targets by an enemy.

Ghostech Is About Re-Imagining the Decoy

Decoys have been successfully used in military campaigns for thousands of years.

The German's were often tricked by the American "Ghost Army" of World War II. The Allies created a specialized team of artists, professional theater crews, engineers and, actors to use decoys to turn the German attention away from the actual military objectives.

So what's the difference with the Hyperstealth "Ghostech" system?

Our material can manipulate light to create a false target (instead of bending light around the target as Quantum Stealth does).

They do not take up the space or weight that a typical decoy would use, these are decoys which would look and move just as real as the item, vehicle or person they were simulating.

Here's the Impact We Believe This Technology Could Make

What Could Be Done With Ghostech?

The Best Offense Is A Good Defense

Imagine a tactical compound which does not have enough soldiers to defend itself.

Just before they are attacked, they use Ghostech technology to simulate 100 extra heavily armed soldiers around the perimeter.

Additionally, tanks and helicopters mobilize into defensive positions. If the attack comes, the small team defending the position are no longer the primary targets.

The defenders could also drop Ghostech's behind the enemy and pretend to flank them or surround them. Unless the bad guys were within a couple of feet they would not be able to tell the difference between the real targets and the Ghostech's.

A flanking or surrounding move will often force the opposition to move from their cover allowing the smaller group of defenders to acquire a larger portion of the target much easier. A more likely outcome is that the attackers are likely to be overwhelmed with the show of force and retreat.

Targets Can Appear When There Is No Target At All

Ghostech is the opposite of our Quantum Stealth technology. Using a projector and our material, a decoy target can appear to the enemy when in fact there is no actual target present at that location.

Think of it this way: the top half of the girl in the photo (left) would be the decoy. Whatever image you project is what you want someone else to see (when in fact no one was really there).

Hyperstealth's "Quantum Stealth" Mock-up. These photos are to show the Media the concept. For security issues we cannot show the actual technology.

Add To The Police Force Without Adding To Their Budget

With limited resources, police are more often alone without a partner in their vehicles and do not have immediate access to backup.

With Ghostech a Police partner may be added to provide a perception of more officers and/or you could add simulated K-9.

In talking to Police, they can have 5 patrol cars show up to a gathering that they need to disperse but the crowd will taunt them until a Police K-9 vehicle shows up, and the crowd will quickly disperse.

The Benefits For Hunters

In the hunting market, decoys of large deer, elk, and moose are often used to attract that species into the range of the hunter.

Our technology includes modifications for the hunting market. The material could be used to eliminate the large and cumbersome decoys hunters drag into the wild. Instead, our material would allow the hunter to setup our lightweight system which they could carry in their backpack.

After setting it up would produce an image of these animals at scale or video of those same animals grazing in the environment.

Due to operational security currently surrounding these techniques, the methodology of Ghostech will not be disclosed until after July 1, 2018.

Hyperstealth is postponing our planned July 1st public demonstrations of our patent pending Quantum Stealth (Light Bending Material) as the U.S. Department of Defense has entered into high level discussions with Hyperstealth about acquisition of the technology. 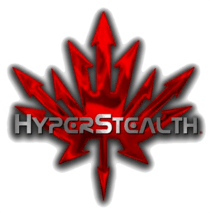 Here's Our Plan For This Technology

We complete our final patent application and file it prior to our launch securing the intellectual property rights to several new technologies.

Depending on acquisition decision by the government, we will be launching the product at a future date. We will be revealing to the public how our patent-pending technology works.

Ghostech will not be for sale from Hyperstealth. We will work with Fortune 500 companies that also meet strict criteria to license our patent-pending technologies, ensuring the best products are created.

If any Fortune 500 companies are interested in licensing or manufacturing this material, please contact us through this form.